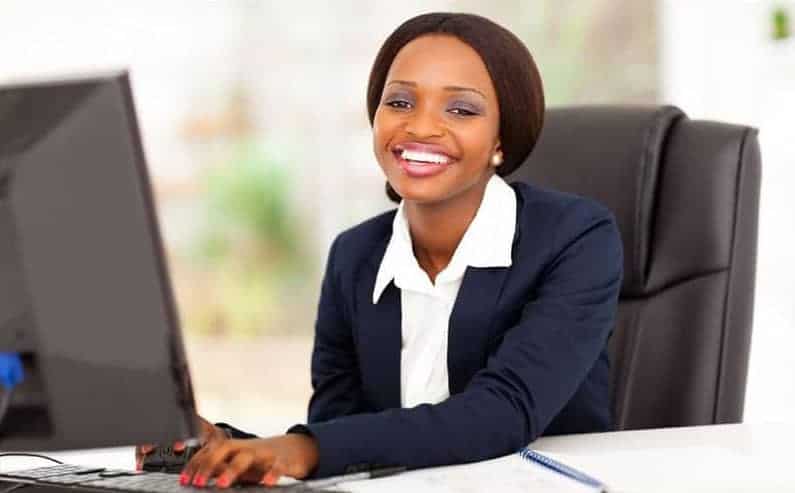 Dr. Roberts was overwhelmed. He had just found out that his Office Manager, Rosa, the very backbone of his medical practice for the last fifteen years, was suddenly running off to Mexico to retire.

Probably the most vital person to his business was on an airplane to Cancun, leaving him with very big shoes to fill. Was his practice going to suffer because of this significant hole? It’s tough being a medical front office manager. The job requires a variety of different skills. How was he ever going to find a great replacement on such short notice?

Refusing to give up, he took action.

1. He Defined the Requirements

While not everyone could replace his once-beloved Rosa, Dr. Roberts made sure to fully understand the job he was hiring for. What did Rosa do every day? Had her job changed over the years? What were her secondary roles?

He asked his other employees to describe the role of a successful office manager. He thought about what he felt was needed, such as specific computer skills. After that, he had a good idea of the hard and soft skills to include in the job description.

2. He Searched Close to Home

Like most doctors, Dr. Roberts is busy. He doesn’t have time to go through hundreds of resumes and interview countless applicants. The person who usually took care of those tasks was Rosa. He had to work efficiently.

So first he looked close to home. Was there someone already working for him who could fill this position? Did one of his employees know someone qualified? Could someone in his social network help? Through friends and family, he was able to find two candidates but this was not enough. So he placed ads in the local paper as well as online.

After reading over a hundred resumes, he decided to meet three candidates: Mary, Bill, and Emily.

Dr. Roberts hadn’t interviewed anyone in years, so he practiced with some of his employees first. This helped him choose the right questions and feel more confident.

On paper, his candidates seemed to have similar skill sets. They all had worked in medical practices. However, the interviews revealed some differences. Bill was very technical and could easily perform the tasks of the job, but he was somewhat abrupt and uptight: not at all the right fit for this casual and relaxed office. Dr. Roberts ended the interview early.

Mary, on the other hand, was the nicest person he had met in years. She was energetic and driven. He enjoyed talking with her and he could easily see himself working with her. Unfortunately, out of the three candidates, she had the least experience answering phones and interacting with patients.

Emily was quiet, reserved, and very professional. Something about her made her seem inflexible. She could probably do the job well, but he wasn’t sure she would easily switch from task to task. Plus, it was clear that she lacked the outgoing personality needed to interact with patients and staff.

This was not an easy decision to make.

4. He Narrowed the Results

After reading a hundred resumes and talking to three qualified candidates, the doctor still wasn’t sure what to do next. Was he going to bring everyone back for a second interview? Was there someone that he could eliminate?

Dr. Roberts decided that Bill was just not going to work out. He did, however, feel that both Mary and Emily were good enough to bring in for a second interview. This time he would include some employees, not only to get their input but also to include them in the decision. It would be a good opportunity to see how each candidate would interact with his existing crew.

5. He Involved His Staff

Dr. Roberts reviewed all the information from the interviews. Then he asked for feedback from his staff. Finally, he wondered what it would be like for himself to work closely with either candidate.

While Emily had shown, through previous experience, that she was capable of doing all the tasks, she didn’t fit with the office culture. Her short answers, perceived lack of interest, and quiet personality made her less desirable than her competition.

Mary, while less experienced, had all the traits that Dr. Roberts thought made a good employee. She was interested in the practice and in the other employees. Although the lack of experience answering phones and interacting with patients was concerning, Mary’s people skills were strong enough that he felt she would learn.

Now that Dr. Roberts was fairly certain he wanted to hire Mary, he called her professional references. Her previous employers volunteered great information about Mary that confirmed his choice.

Dr. Roberts contacted some of his peers to come up with a competitive offer. He put together salary, PTO, and health insurance information in a job offer letter and emailed it to Mary. Then he worried. What if she didn’t accept? What if his salary wasn’t what she anticipated? By this time he had already invested countless hours in the hiring process and was not interested in doing it all over again.

Mary was very excited about the offer but had some concerns. She had hoped for a salary that was slightly higher than what she was currently making. Plus, she had a two-week vacation planned for the summer and was concerned that she wouldn’t accrue enough vacation days by then to be able to go.

Dr. Roberts was disappointed Mary didn’t immediately accept. Could he afford to pay her more? What would happen during the two weeks she was gone? He had already gone without an office manager for three weeks, could he afford another two?

In the end, he felt Mary would be a good addition to his team. He made the concessions that he felt his company could afford. Mary started two weeks later.

What did Dr. Roberts do Right?

Although he was stressed and short on time, he carefully planned and executed each step of the hiring process. He defined the needs of his business. He searched effectively. He included the input of his staff. Now that they had helped to select her, he hoped they had become stakeholders in the decision and would help her succeed.

During negotiations, Dr. Roberts didn’t just cave in to demands. He carefully considered Mary’s counter offer. He made sure it wouldn’t disrupt his current staff or salary structure. In the end, he accepted her reasonable demands because they were within budget.

This situation is not unique. While it isn’t every day that your office manager runs off to be a nun, your staff will continue to change and grow. Luckily, with a bit of research, organization, communication, and teamwork you too can continue to offer your patients the excellent customer service they have come to expect.

Never before have healthcare providers had so much to do in so little time. For those of you who sometimes have only about fifteen minutes to sit with each patient, having the right tools is a must. Software companies are responding to this need at neck-breaking speeds. In fact, new applications promising to increase communication,…

Is There An Ideal Work Environment? There are many tests to help you figure out what line of work is best suited for your personality. But once you’re on the job for a while, you realize that other things impact how you feel about your work. In fact, someone else’s dream company might turn out…

Watch this brief video to learn how. Send Quick SMS Announcements Using the Manual Method From your ReminderCall account: Click on Send Texts in the header. Enter your message. Type in your recipients’ phone numbers. Select when to deliver your message. Click Send. Now you can see your progress on the Dashboard. For a Larger…

Why do Physicians Send Patient Data Offshore? Patient data is more valuable than ever. On the black market, it has become more desirable than credit card data. For that reason, the need to protect electronic Protected Health Information (ePHI) is at its peak. As-luck-would-have-it, storing electronic data in other countries is also on the rise….