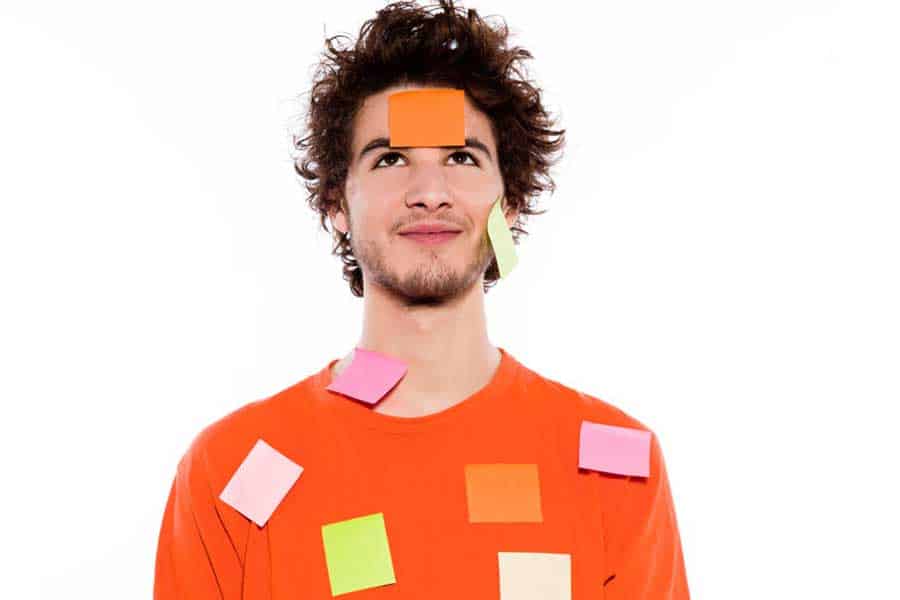 Memory Loss: How to Improve Your Memory

The difference between forgetfulness versus a sign of memory decline.
Plus, how to improve your memory.

A new study released in November of 2021 found it’s best to mix it up when it comes to stimulating activities that stimulate the brain. The recent study at Simon Fraser University pulled data from the National Institute of Aging’s Health and Retirement Study.

Changing up both the type of activities the subjects performed and their daily schedule was more helpful for the longevity of people’s memory compared to those who kept the same schedule every day. Researchers focused on 17 possible activities that improved memory, including: 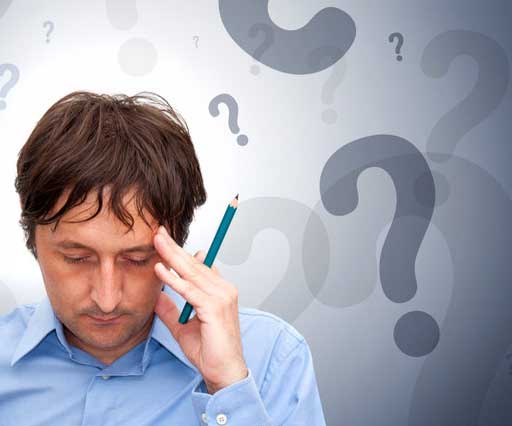 How memories are made

People of any age can experience inconvenient bouts of forgetfulness.

Can’t find the keys? Can’t remember someone’s name even though you’ve met several times? It can happen to anyone and is not a cause for worry.

Plus, stress can worsen your ability to remember things, so let it go.

If you suspect a loved one’s memory is failing, doctors say do not jump right in, throwing possible diagnoses around. That can be very scary to the person who is likely already unnerved by their memory decline.

It is better to let a medical professional broach the subject of any possible brain injuries or a type of dementia.

A friend or family member can offer additional help, creating a safe and caring space. This means avoiding correcting them and instead redirecting to a comfortable subject. Keep things simple, and keep the background noise down.

Certain body and brain traumas or diseases can cause memory loss.

A doctor needs to determine the root cause then take steps to restore the memory or curb further memory loss. It’s another excellent reason for making and keeping all appointments with your doctor. The sooner you catch a problem, the higher the likelihood of preventing more significant issues down the road.

Some signs a doctor needs to diagnose what’s going on include getting lost in your own neighborhood, forgetting important appointments, or skipping regular hygiene.

An easy rule of thumb is if you’re living a full and productive life but occasionally find the car keys in the refrigerator rather than on the front table, you’re likely simply distracted, and you need to tap the brakes a little.

It can be annoying or frustrating, but it is normal.

Why Did I Come Into This Room?!

It’s normal, common, and researchers have given the phenomenon a name.

Yes, the physical act of walking through a doorway gives your brain a little reset. Your brain thinks it’s time to switch gears so the original task you had in mind can slip away.

It’s both fascinating and comforting to understand it.

Why Is My Memory Fading?

The brain is an incredible organ. It is shaping, storing, and recalling memories almost constantly.

When we’re unable to mentally store some information or pull it back up when we need it, that’s called memory loss.

Like the rest of a person’s body, the brain can sustain damage which impairs mental sharpness. That damage can come from what the person eats or drinks, medications they take, medical conditions, and emotional triggers.

When our thoughts and emotions are taking up a lot of time and attention, it’s common to experience some memory loss. It’s also known as “brain drain”.

Here’s the good news; once the person deals with the stress, memory usually returns naturally. It is vitally important to cope with and heal from emotional upset. Researchers find that long-term exposure to stress can bring dementia.

As with any challenge to a person’s health, it’s important they have not put off a trip to the doctor to get help.  People can heal.  Mental health issues call that fact into question, so some support from a trusted friend or family member can be the gentle push they need.

Memory Loss Due to Medical Treatment

Addressing a mental or physical health issue can take its toll on memory. In addition, the same prescription, treatment, or surgery aimed at improving health can have the side effect of some memory loss or confusion.

If it happens, the patient should talk to their doctor about it. Then they can decide whether the benefits of the specific medical treatment outweigh the cost of struggling with forgetfulness or memory loss.

It can be a comfort to know which medications or medical treatments may trigger mental fog or memory loss so it does not come as a frightening surprise.

Memory Loss Due to Physical Issues

Any condition that impairs or damages the brain will impact memory. For example, sleep issues and vitamin deficiencies impair the brain. In addition, tumors, strokes, transient ischemic attacks, and concussions can damage the organ.

Of course, if you have too many thoughts running through your head, some information will slip due to being distracted.

People who experience mild cognitive impairment (MCI) have some memory issues but no trouble paying attention or speaking and reading.

Are Alzheimer’s and Dementia the Same Thing?

Memory loss is another dementia symptom. It interferes with a person’s everyday activities and is not a normal part of aging.

You can take charge of preserving and improving your memory. It’s not super-complex, and many activities you already enjoy can improve memory.

For example, gardening, crossword puzzles, knitting, and online brain teasers are good for your brain and improve memory.

How to Improve Memory

All Fun and Games

Playing games improved performance on memory tests in a study of 42 participants with some mild memory loss symptoms.

Specifically, the participants used a brain training app for a total of eight hours spread out over four weeks.

Researchers find the type of game or activity isn’t such a big deal. Instead, the benefit is in exercising the brain in various ways.

There are many free memory games available for computers, phones, or tablets. Board games and similar hobbies were found to offer the same benefits offline. Games such as bridge, word jumbles, and crossword puzzles.

The critical takeaway is to pick something you enjoy, set some time in your schedule to give your brain a challenge, and you’ll soon see improvements. Research also finds strengthening your memory may reduce your risk of dementia. So play away!

Meditate and Be Mindful

Meditation improves every bit of your health, both body and mind. In fact, research finds there’s no downside to meditation.

Mindfulness is an incredibly effective practice for curbing memory loss and building the ability back up. Meditation is a little more formal and deliberate, while mindfulness can be practiced anywhere at any time. The practice simply means focusing on the moment. Use your five senses to check out your surroundings and feelings.

Watch What You Eat

To boost your ability to remember things both essential and trivial, plan your menu to include anti-inflammatory foods such as grapes, berries, avocado, salmon, turmeric, unsweetened cocoa powder, or dark chocolate and green tea.

A recent review of nine studies involving more than 31,000 people found people who kept up with eating their fruits and veggies maintained better cognitive skills and were less likely to suffer dementia.

Skip refined carbohydrates whenever possible. If you know it’s bad for your diet, it’s also hard on your brain. For example, white rice and bread, cakes, cookies, and sugary cereal are all known to be associated with cognitive decline and dementia.

A study of hundreds of healthy children reveals that the kids who ate more processed carbs had reduced cognitive capacity, including processing information and recalling it later.

Tip the Scale in Your Favor

A person’s weight impacts the body and the mind. Therefore, it’s vital to maintain a normal body mass index (BMI) so check with your doctor if you’re unsure.

Researchers have found in several studies that obesity is directly linked to cognitive decline, among many other problems.

Being obese can cause changes to genes in the brain that can increase memory loss.

Get Out and Get Moving

A healthy lifestyle, including good physical activity, boosts your brain’s performance, including memory.

Multiple studies show exercise likely increases neuro-protective proteins into the system plus the growth and development of neurons making for better brain health. In addition, researchers say even short periods of moderate exercise improve cognitive performance in every age group.

Meaningful and enjoyable human interaction reduces stress levels. It also fights depression, and both of those problems are known to lead to memory loss. So put down the phone and have some honest conversations, in person, with a friend. Or play a game together. You can create a lifestyle that improves memory with almost every decision.

If you’re trying to do too many things at once, your mind can get distracted. The same goes for clutter in your home and office. It’s a distraction to the brain that hurts memory performance.

Making simple to-do lists is helpful, and researchers find saying the tasks aloud as you write them down makes them stick even better.

Strategies used by people who have experienced a brain injury can help anyone safeguard their brain health.

While you are sleeping, the brain takes advantage of the “downtime” to cement things you’ve learned during the day to memory. Memory consolidation is when the brain transforms short-term memories into long-term memory content.

Insomnia and sleep apnea cause people to become sleep deprived which hinders the making and recalling of memories.

Set your bedtime and stick to it. In this do-it-all world, people who run on very little sleep may think that’s how to win. But the real victors will be those who get proper rest and safeguard their health.

There is no place in the brain where the organ whips up memories. Each memory made is a process that involves the entire brain. Every memory is the result of changes to connections and brain waves. Recent findings show cells in the body can remember things.

When you recall something, your brain is firing the same neurons that were active during the original experience. It is a synchronized recreation of the past brought to the front of the mind in moments or minutes.

Adding research-based strategies and tips backed by science can make your memory sharper and curb problems in the future.

Practice makes perfect, so make a plan to include a handful of these healthy tips in your daily life. Small changes can lead to big improvements.

You and your brain are worth it!

Text Reminders for Appointments No matter what kind of appointment-based business you run, no-shows are a problem. In fact, according to some studies, a whopping 18% of medical appointments are missed. For people who aren’t in the medical field, this is probably a surprise. After all, most of us make our appointments, at least, most…

How many times have you thought, “Thank God, it’s Friday!” only to realize that you still have a mountain of tasks ahead of you? How many times have all those administrative tasks spoiled your weekend? As an office manager, your job does not end when the doctor leaves the clinic. You continue to supervise operations,…

How many times do you check your email every day? Sure, it only takes a minute, but if you’re like many people who can’t help but peek every now and then, these minutes add up and take away precious time from what you really should be doing: working. With the constant lure of the Internet…